Sent to Test Us 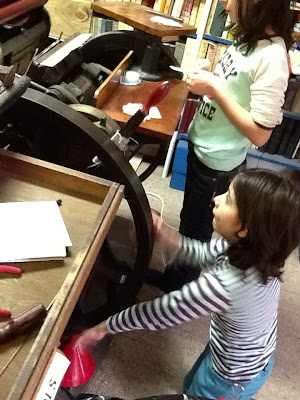 A week ago we were among the numerous guests at our son-in-law’s Passover seder, which was the usual combination of moving solemnity, family hilarity, and strange but mostly delicious things to eat.  We all took our turns in reading from the haggadah liturgy.  This was a little tricky.  Not only did readers around the long table alternate between Hebrew and English according to ability and inclination, but there were two versions of an English text so different the one from the other that it was not easy to follow along.

One of the stars was my eight-year-old granddaughter Cora.  She read beautifully (in English) a rather complex passage in which Rabbi So-and-So opined that God’s goodness to the Hebrews was way more than the necessary minimum for their salvation.  God repeatedly granted great favors when smaller favors would have sufficed.  Cora had pretty clearly not encountered the English word sufficed before, but she confidently kept going, pronouncing the word as Chaucer would have done, giving it three syllables and the vowel values of the French ça suffice.

I naturally thought of this episode when I read that Beverly Hall, the former superintendant of schools in Atlanta, Georgia, surrendered to the police a couple of days ago.  She faces charges of cheating on her final exams in a rather sensational way.  That is, she is alleged to have encouraged and participated in a large conspiracy to falsify, on a massive scale, the results of the standardized tests administered to the schoolchildren of Atlanta.  The immediate aim of the conspiracy was to fake the results of standardized tests in such a fashion as to suggest that her pupils were far better than they actually are at reading and math.  The secondary aim was probably to enjoy the psychic and material rewards connected with perceived “success” and “improvement” on the tests.  So outrageous was her crime, in the view of her accusers, that it was at first proposed that she be held against bail of $7.5 million.  (This was later reduced to a mere $200,000).

Ms. Hall’s case and the cases of many others are now entering the judicial system, and the accused persons deserve the usual protection against premature journalistic judgment.  Specific individuals aside, however, it is obvious that there has been massive fraud within the Atlanta public schools system.  To me the most surprising thing about this scandal is that so many people seem surprised.  Any teacher at any level surely knows that if important real or imagined material rewards are linked to test results some people will cheat to attain the rewards.  Why should it amaze us that teachers themselves might cheat?  It turns out that if cheating is made easy enough, Harvard undergraduates (among the world’s more privileged demographics) will cheat on a massive scale.

So many dubious assumptions lie exposed in this episode that I hardly know where to begin.  The first misprision is that it is reasonable to expect that any elementary teacher, human or angelic, could overcome in an hour or two a day the massive educational deficit inflicted by an inadequate, culturally impoverished experience in the home, let alone one that is actively malign.  It is all well and good to “hold schools accountable,” but it is futile to hold them accountable for the crisis of the American family.

A second confusion seems to hold that the way to get rid of cheating on standardized tests is to get rid of the tests, since they are worthless anyway.  This is an argument seriously held by numerous education professionals and social science experts, who are inclined to attribute to “cultural bias” in the tests the persistently poor performance of certain groups who take them.  This is a bit of a sore point for me.  I spent some years as the chair of the committee that makes up the Advanced Placement test in English Literature, and I know first hand the heroic, and often enough comical efforts made by test-makers to overcome “cultural bias”.  A standardized test is a mighty feeble curricular foundation, and teachers who “teach to the test” must be in my estimation a pretty feeble lot.  But the idea that standardized tests don’t tell us anything is absurd.  They just don’t tell us what we want to hear. 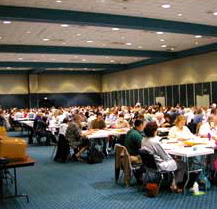 No child ever became a concert violinist by limiting his practice to an hour-long school class.  No child ever got to Wimbledon by limiting her time on the court to a daily hour-long gym class.  The way to become a good reader is to do a fair amount of good reading on a regular basis.  I shall risk the opinion that that is the only way.  Among the literate there will always be a wide range of reading skill, just as there will be among violinists and tennis players.  But the statement that a person can read the English language has a common-sense meaning that even the greatest experts cannot distort.  If you want to know whether children can read, hand them a page or two of text and listen to the results.  I insist upon neither Shakespeare nor Tupak Shakur.  Almost any page of the daily newspaper will suffice.
Posted by John V. Fleming at 8:14 AM