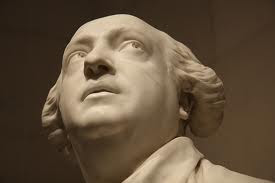 The mysterious Count Cagliostro (Houdon it)
“The beginning of wisdom,” said my great teacher, “is the primary source.” He was trying to get us to focus on Chaucer before focusing on what other people had said about Chaucer. This week I am immersed in Cagliostro, and the experience has reminded me once again of the large void between primary and secondary sources: the ambiguous space in which most history is actually written. You may know that Cagliostro was a colorful eighteenth-century character, “an Italian adventurer” and “a gifted conman.” Those phrases I lift from the Chambers Biographical Dictionary, a standard reference source; but similar ones will be found elsewhere in other dictionaries and encyclopedias and, indeed, in almost every account of the man published since 1833, the year in which Thomas Carlyle published what he called a brief “biography of the most perfect scoundrel that in these latter ages has marked the world’s history.”

The only significant primary sources for the life of Cagliostro are the following: (1) various dossiers compiled by the police of Louis XVI; (2) some scabrous articles in the journal Courier de l’Europe for 1786; and (3) reports of reports made by the Inquisition in Rome, justifying throwing the man into the prison from which he would never emerge alive. Now the Paris police would do anything the royal party instructed them to do, and the royal party wanted Cagliostro’s scalp. Practically any number of the Courier de l’Europe, run largely by blackmailers, would make Rupert Murdoch seem like Louisa May Alcott by comparison. And the Holy Inquisition was a far greater iniquity than any it pretended to expose. Hence, one may wish to entertain doubts. Carlyle chose not to, and his brilliant but dubious essay, for want of competition, became a pseudo-primary source for the next century and more. 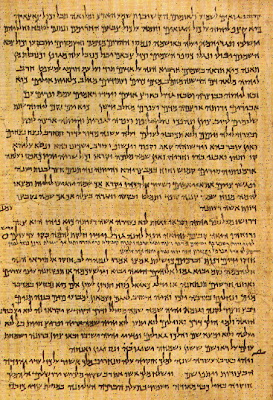 Primary and secondary sources: DO NOT CONFUSE

That can happen when primary sources are too few, but a surfeit of primary sources may cause other problems for a scholar. When I first joined the Princeton faculty two of my senior colleagues (Carlos Baker and Lawrence Thompson) were engaged in writing the authorized biographies of two major American writers (Hemingway and Frost), for which the copious primary sources to which they were given privileged access taught them more than they wanted to know. They slowly discovered that the men whose brilliant work had attracted their life-long admiration often behaved, in those categories of deportment usually thought of as human decency, like scumbags. Such discoveries did not halt the biographers, but it made their task less pleasant.

In terms of primary sources the historian may perhaps hope, like Goldilocks, for that happy medium between too much and too little. The reason we can have a thousand plausible versions of Jesus and a hundred of William Shakespeare is that although for both men we have excellent primary sources, they are of the sort that give us a workable grid, yet leave it up to us to plot the essential coordinates.

Another difficulty: the sources we use to know about the past have been skewed by historical vagaries of which we are often unaware. Consider for a moment Anglo-Saxon literature. All surviving Old English poetry fits into a set of six octavo volumes, volumes occupying about seven linear inches in my library. With the famous exception of Beowulf and a few much shorter pieces, all of this poetry is very explicitly religious. Most of the poems are biblical paraphrases or versified saints lives. If all we knew about Anglo-Saxon society had to be deduced from its surviving poetry we might justifiably conclude that the place was populated mainly by monks, that most folks visited a church thrice daily, and that what made Merry England most merry was a good psalm-singing competition. But of course we do have other sources, which amply supply the poetically absent quotient of secular rapine, war, ethnic strife, indentured servitude, subsistence agriculture, frequent shipwreck, and various other nasty and brutish aspects of the daily life of our remote forefathers. 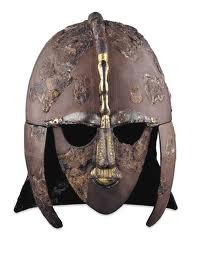 The explanation for the documentary “imbalance” is not hard to find. Practically the only people who could read and write were monks. Monks lived in monasteries. Libraries are the places where most books are preserved, and monasteries had the only libraries that have survived even partially. Monastic libraries—just like your library or mine—tended in general to reflect the interests of the people who created them. But it is no easy thing for a manuscript to survive for upward of a thousand years. Beowulf, replete with beer parties, monsters, and dismemberments, somehow survived, though barely. Having by near miracle made it through the Middle Ages and safely into the hands of Renaissance antiquaries, it came within an ace of burning up in a library fire in the eighteenth century.

Think of it this way. Imagine, God forbid, that a thermonuclear firestorm wiped out our entire nation tomorrow. Hundreds of years hence archaeologists sifting through the cinders find some pieces of surviving print: one copy of a supermarket tabloid with the headline “Dead Mum Gives Birth to Child in Coffin,” three Budweiser labels, a Harry Potter novel, twelve Gideon Bibles, a bumper sticker reading “Obama: Change You Can Believe In,” the July, 2002 issue of Penthouse magazine and 112 pristine copies of the 1040 income tax form. How accurate a picture would you then have of American civilization in the early twenty-first century? All too accurate a picture, perhaps, but only because I chose my texts carelessly. I’m sure you get the point. 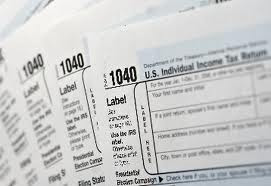