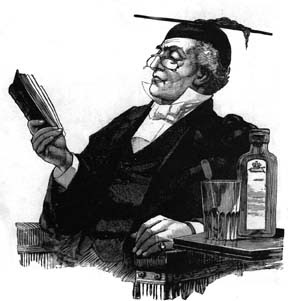 I am flying to Paris this evening, and certain preparatory exigencies oppress my spirit. Even an imaginary audience, however, can impose a quite real sense of obligation. Retirement has turned out to be rather more of an “experience” than I had expected—meaning that the proportion of the surprisingly unanticipated to the coolly anticipated has been quite high. It has also been quite pleasant; I spend a lot more time in the seventh arrondissement than I used to. I shall doubtless always be part of the “academic profession,” and doubtless live some version of the “academic life” until the day I drop. Still I find that I can now view the profession’s anxieties with detachment and what I might call affectionate amusement.

Rarely does an academic professional issue become general news, but a week ago today, on the front page of the New York Times, was an article entitled “Scholars Test Web Alternative to the Venerable Peer Review”. Most people know that scholarly publication is a requirement for promotion and retention on the faculties of research universities and even many liberal arts colleges. Most people are familiar with the trite but telling axiom “Publish or perish.” But how, exactly, does one publish, or for that matter, perish?

A certain number of aspirants are defeated by the preliminary step, necessary but insufficient, of actually writing a “paper”, essay, or book in the first place. These people suffer from Writer’s Block, or, putting it more positively, participate in the Jesus Syndrome. (He was a great teacher, but he didn’t publish.) But if you do write something, what happens next? The answer is that you submit it for consideration by a scholarly journal or a scholarly press. The editors of these enterprises then seek the advice of already established experts in the particular field of inquiry. Thumbs up? Thumbs down? Thumbs sideways (“Rewrite this thing the way we want it, and we may reconsider”)? This process, called “peer review,” is often secret and mysterious, which is one of the factors that allow it not infrequently to showcase with impunity the sloth, inefficiency, and intellectual inconsistencies endemic in the academy.

Now a group of younger, more electronically hip scholars are making a fundamental challenge to the sacred institution of peer review. They suggest that scholars seek their own advice, and on the broadest basis possible, by submitting their work for the review of anyone with access to the Internet. Run it up the electronic flagpole, and see if anybody salutes it. They haven’t worked out all the details yet. The Times notes sagely that many professors “are wary of turning peer review into an American Idol-like competition.” But the article is well worth a read by the intellectually curious.

Well, I’ll try anything once, but as a medievalist I would suggest we need a more comprehensive approach. “Peer review” is but one of numerous aspects of modern academic life that reflect the medieval origins of the modern university. Not that peer review as we know it is itself medieval. Nailing your thesis to the cathedral door was much more like the proposed “novelty” of cyber-review. If people didn’t like it they simply burned the thesis or, on special occasions, the thesis and the author of the thesis. Abelard got tenure by gunning down the theses of his beloved old teacher, William of Champeaux. But peer review is very medieval in its suggestion that the academy is a guild. 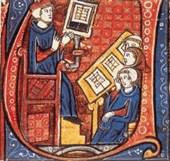 That’s pretty much the way the Worshipful Company of Goldsmiths operated in Tudor London. There are many attractions to the guild model, just as there is an undeniable charm in so much of the other medieval ornamentation of the American university: pseudo-Gothic architecture for instance, or the funny hats folks wear at graduation, the titles of dean and provost, of master and doctor. I love it all. I served as the Chief Marshal of my institution for nearly twenty years. But it is not obvious that the guild model is the best guarantor of innovation, or of the lithe response, or of supple interaction with the outside world. And when a “guild” faculty joins in tandem with a “corporate” administration—more and more the model in the American academy—the result is too often the worst of both worlds.

During the course of writing this, I had an aperçu of sorts: I realized that I myself have not submitted an article to a “refereed journal” in many years, probably fifteen or twenty. That isn’t because I stopped writing articles. It is because I was unable to honor even nearly all of the solicitations I received. Herein is revealed another bizarre feature of academic life. When a scholar becomes sufficiently antique, and so far over the hill that, looking back, he can barely make out its crest, then people are practically dying to put into print whatever senescent marginalia he can come up with. Of course there is one degradation lower yet: when he does it without even being asked. It’s called blogging. 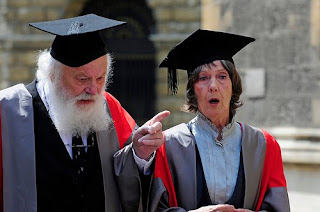